There are a couple of additional leaks we have found on this Mazda, both from around the windscreen.

As you can see, this has lead to corrosion on some of the brackets which are not galvanized because they aren't supposed to get wet. Corrosion such as this isn't such a major problem on brackets which would take many years to rust through, but similar corrosion can appear on electrical connectors and circuit boards, leading to all manner of electrical problems.

Solution: This is a convertible car so the rubbers along the top of the windscreen will be cleaned and refurbished, and we will clean out the guttering under the scuttle, this is where the source of this leak actually is. There are two grommets through the bulkhead which shrink and let in water. These can be replaced.

Do you have a Mazda MX5 with a leak? 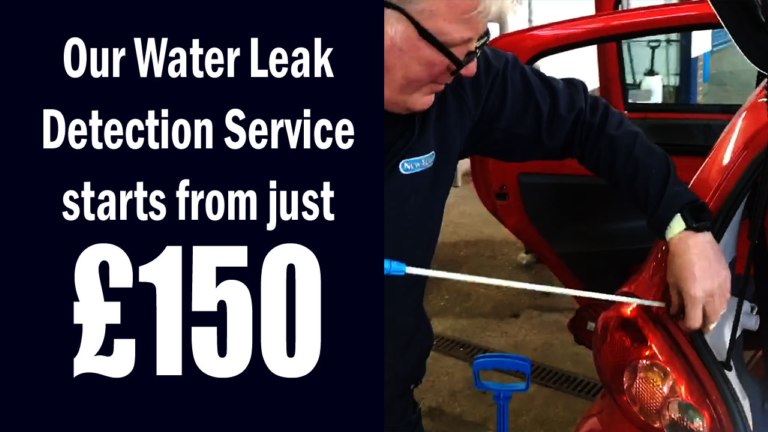 Cars of a certain age tend to leak, but we can understand why you want to hang onto your Mazda (we have owned a few ourselves!) We can help you make it like new again.

Question: "My  Mazda is suffering some electrical problems, can you fix it?"

Answer: The best thing to do is fix the leaks, dry the car, and see what happens next. Often once a car is dried out, some electrical problems solve themselves. Otherwise, it's likely a question of replacing a few parts, thankfully it's not too expensive on an MX5 and likely to be a few connectors or sensors. On other cars we have known ECUs to need replacement which can run into thousands just for parts.