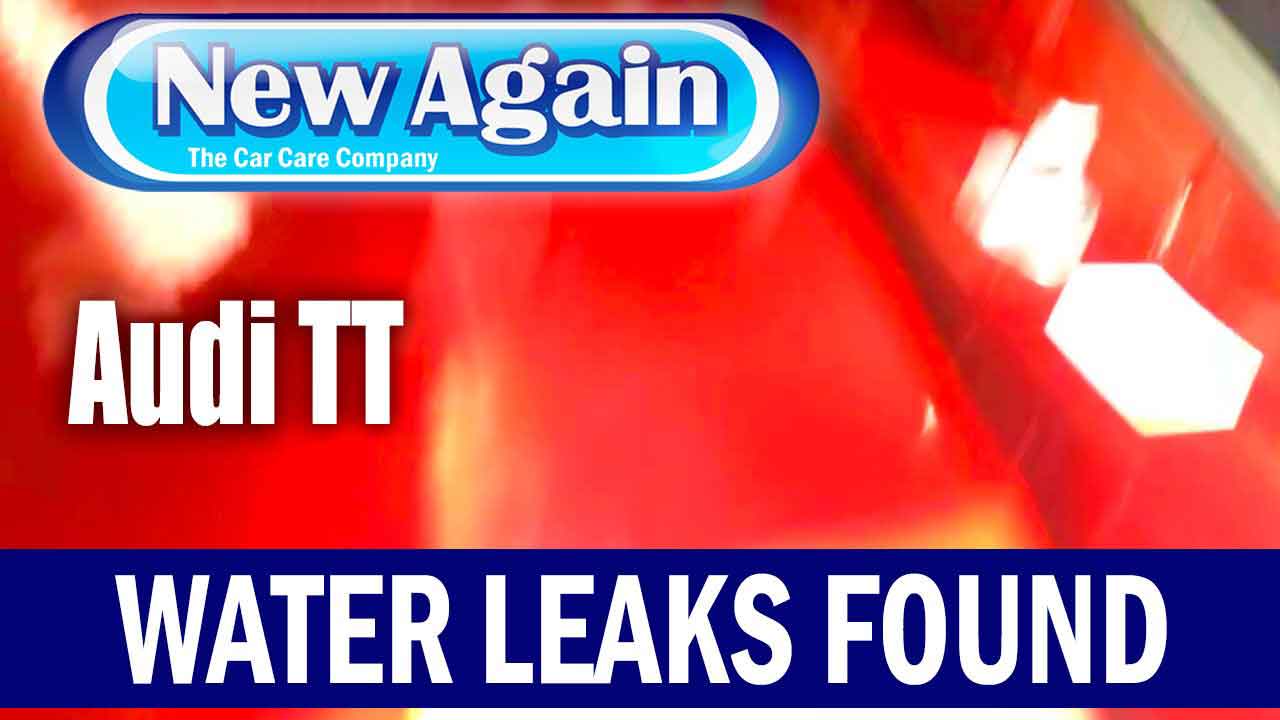 We recently had a 2003 Audi TT hard top Visit us with water ingress into the driver's foot well.

Research suggests this is not the first Audi TT to suffer with this problem, although this car was a bit of a rare case with a door seal problem, which we located with our 28 point check Car Leak Detection Service.

We used a fogging process which highlighted the door seal to be at fault. The water was entering the top of the door, passing the seal into a box section through to the base of the car. Although the seal looked to be intact and showing no signs of perishing, It wasn’t doing its job.

The carpets were removed before the car travelled to us, but the customer explained they were holding a lot of water. We do dry cars, but in this case the customer took care of that part of the process.

Solution: Remove door seal clean and dry the area apply a bonding primer and a product designed to mould to the shape of the car, then re-install the door seal.

Question: "There is water under the spare wheel. I can't figure out where the  leak is coming from."

Answer: As you can see from this video, it isn't always obvious where the leak is coming from. Often when there is a leak in the boots it is caused by the rubber seals on the rear lights or air vents getting old and perishing, but it could also be something a little more unusual. We have seen a number of cars with cracked welds or seams around the boot or tailgate door hinges. You can never be certain of the cause of the leak until you fully investigate. Likewise, you can't bet on there being just one leak. Because rubber seals perish at about the same rate all around the car, if one starts leaking, there's a fair chance that others are going to leak too. 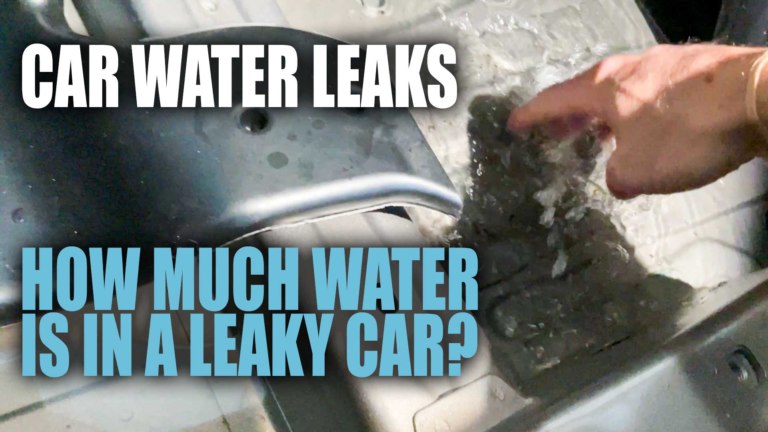 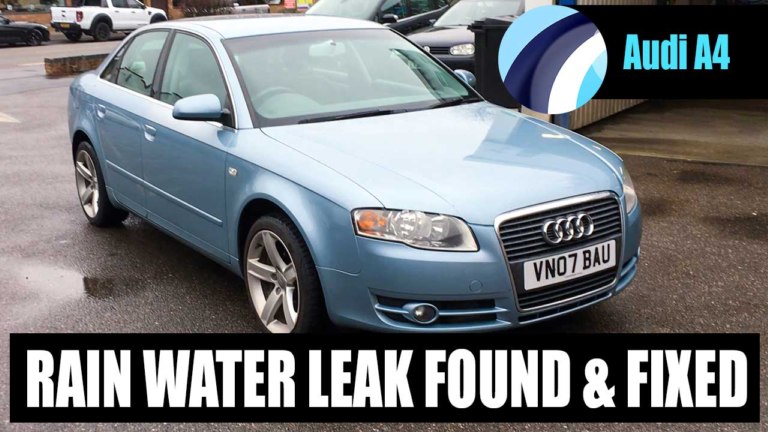 Leak found and fixed:Audi A4 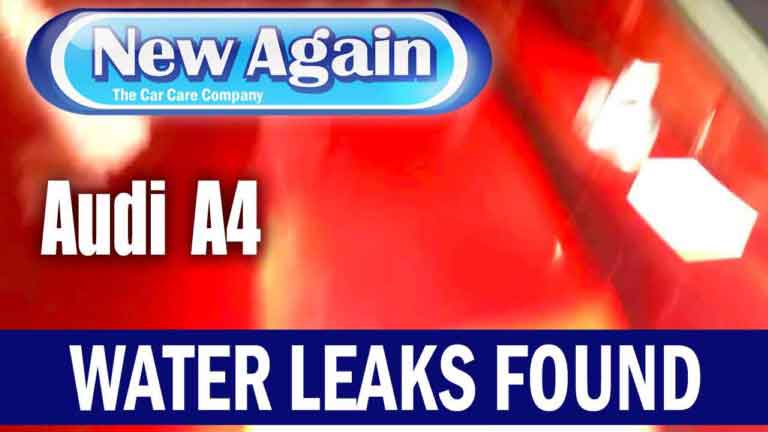 This Audi had an unusual water leak caused by a hole in the door rubber. As far as we know, this isn't a typical problem on the A4. 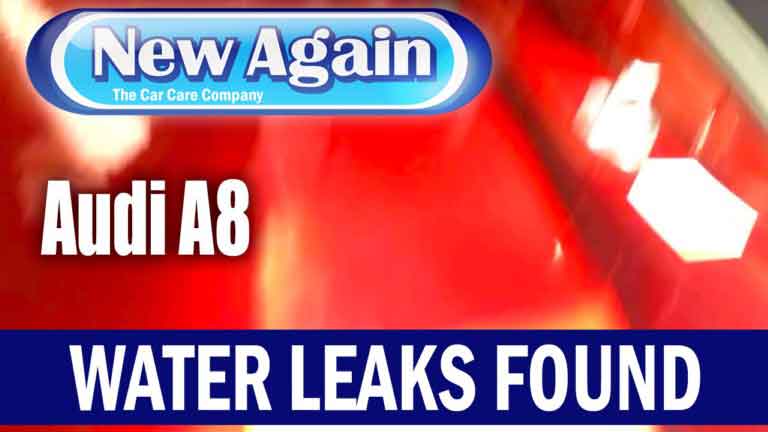 Another common problem for this model of Audi where they leak water from the top of the rear screen. 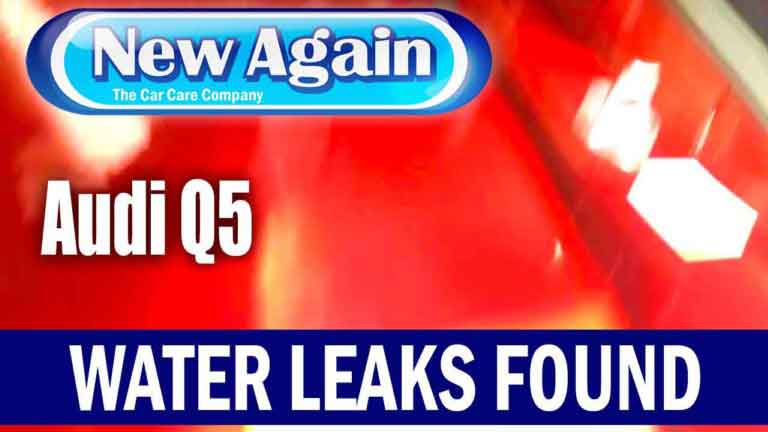 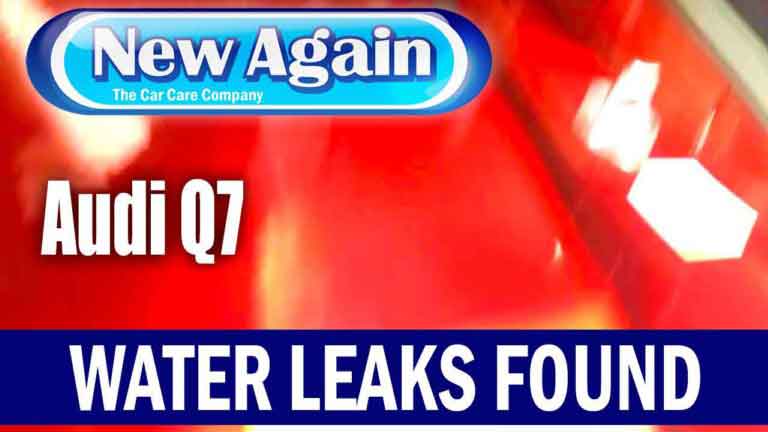 Here we have an Audi Q7 S line which has got an original Audi window screen but with us doing a pressure test you can see that the top bond has perished or worn away which is now allowing water to ingress down the bulkhead.