In regard to lease cars, devaluation means two things, both are very important to the lease company's calculations.

Firstly,  as a car gets older, it devalues. You may have heard somebody say, "the car halves in value as soon as you drive it out of the showroom". This is an exaggeration, but it isn't too far from the truth, and a car will typically halve in value after around three years. Devaluation can be plotted on a graph, and it takes a very steep dive at the beginning before becoming shallower. The difference in value between a car on the showroom and a one-year-old car is considerable. But the difference in value between a 3-year-old car and a 4-year-old car is far less.

As previously mentioned, the lease company will have bough the car wholesale and had you lease the car for it's early years, effectively having you pay the cost of the devaluation. 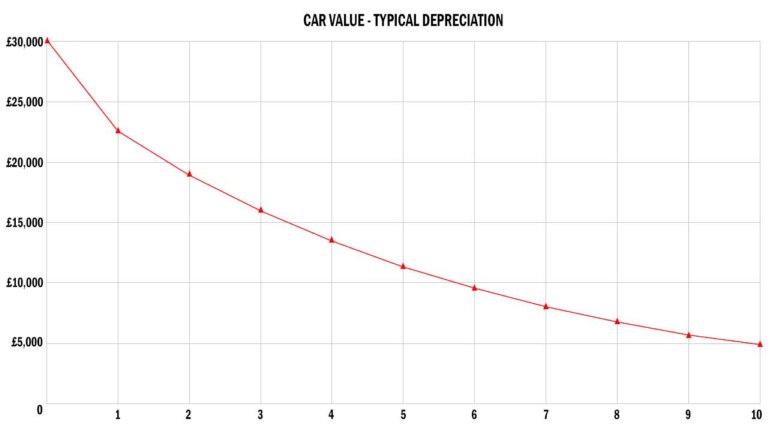 The lease company will be making predictions about the value of your car at the three-year mark based on charts like this. But they will assume the car to be in good condition.

The car will further be devalued if it is high mileage, has dents, scratches and scuffs, dirty and stained seats or things missing such as the key for the locking wheel nuts.

When you return the car to the lease company, they will be looking at the condition of the car, and they will recharge you to cover the extra cost of devaluation. Although they charge you the cost of repair, the repairs are seldom actually done, instead you are paying for the shortfall of the price they would have got if the car had been in good condition.