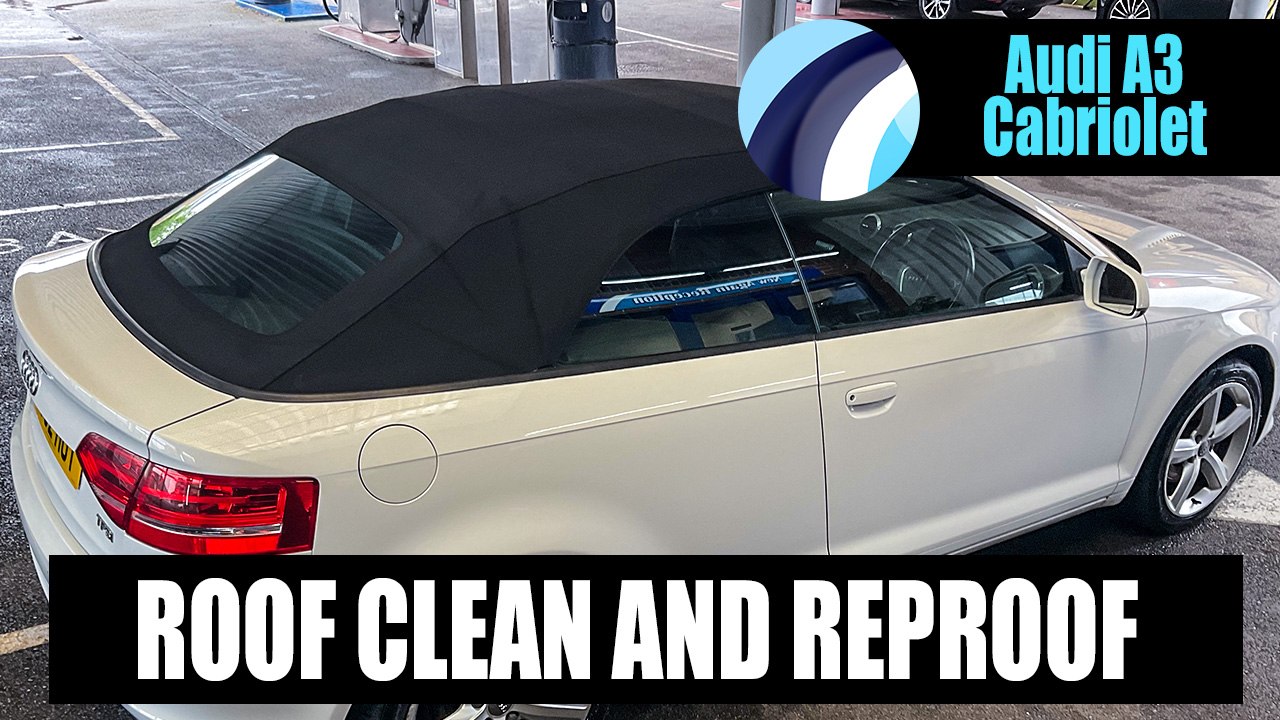 You can see on the video that the roof is brown, this is partly dirt, and partly a kind of algae called diatoms. Somebody has tried to wash it out using a pressure washer and succeeded in leaving stripes where they got close.

You might be thinking that if they had just put in a bit of extra effort with the jet washer they could have got the whole thing clean, but the problem is that when the jet of water is that close to your fabric roof it will leave marks where is damages the material.

The other thing we can see on this roof are the wear marks where the roof folds down. With the roof holding dirt and grit, this acts as an abrasive every time you fold the roof up or down. Unfortunately, this damage is permanent and to some extent inevitable over time, but lessened considerably by keeping your roof clean.

When we clean a roof, we use a fairly strong detergent and mechanical brushes to loosen all the dirt before flushing it through with lots of water. It is important to get the roof really clean and then dried before putting on the protective coating.

Once the coating goes on, it will darken up the colour of the hood and make it uniform, so all you will see are texture differences, from certain angles, in those wear areas.

This Audi had the 2-year coating, we also serviced the drains, because convertible cars have extra drains, gutters and pipes which are prone to getting filled with dirt and blocking up which causes water to leak into the car. We also treated the rubbers around the hood and windows, because these are also different and more important than on a normal car, which has metal frames. When the rubbers become dried out, they are less supple and won't create such a good seal, which can also let in water.

The customer took advantage of a special offer and got the exterior detailed, and coating with good quality, Autoglym Spray  Wax.

Here are some more of our latest #CabrioletHoods videos 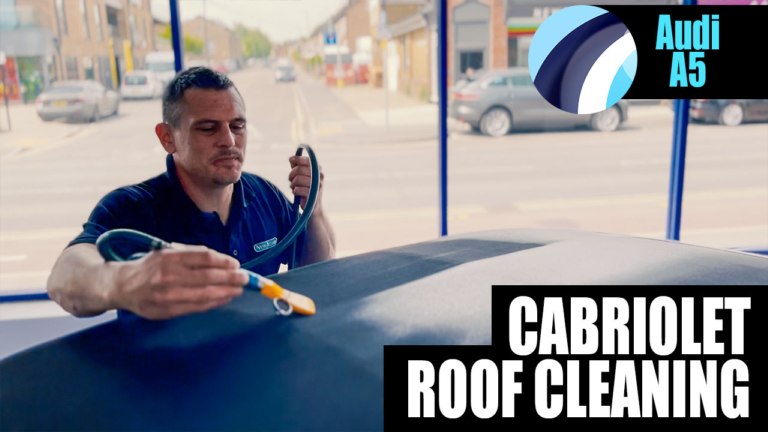 This Audi A5 had its cabriolet roof cleaned, re-weatherproofed, and we also gave it a machine polish and a ceramic coating of Matrix Blue. 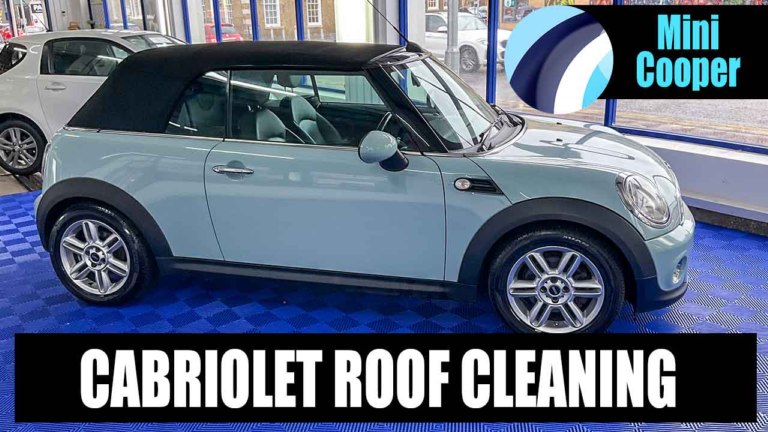 This Mini Cooper's convertible roof had green moss and algae in all the usual places, but it's far from the worst we have seen. 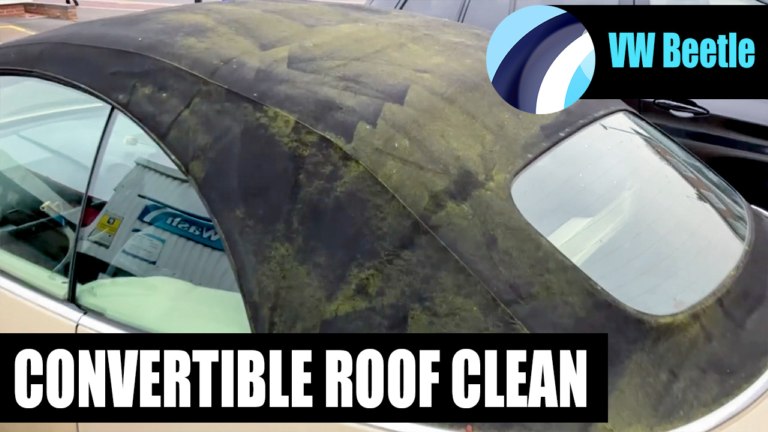 You can see that somebody has had a go at cleaning this with a jet washer, which makes sense on the face of things, but it's really not the way to clean a convertible roof. 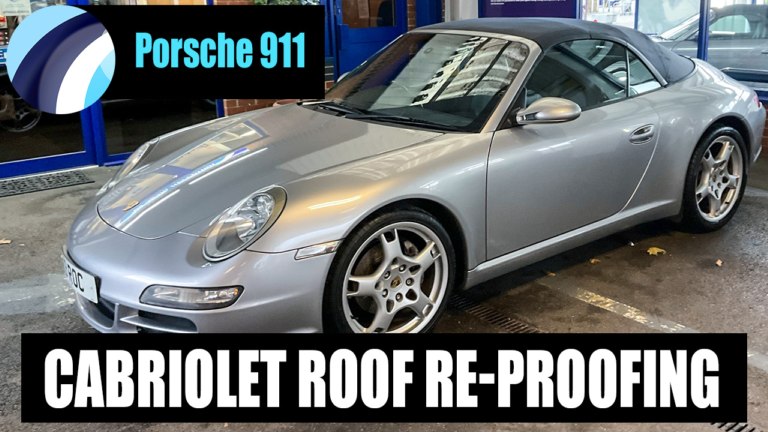 This Porsche came in to us to have the cabriolet roof clean and given a coating of weatherproof, hydrophobic nano-juice.