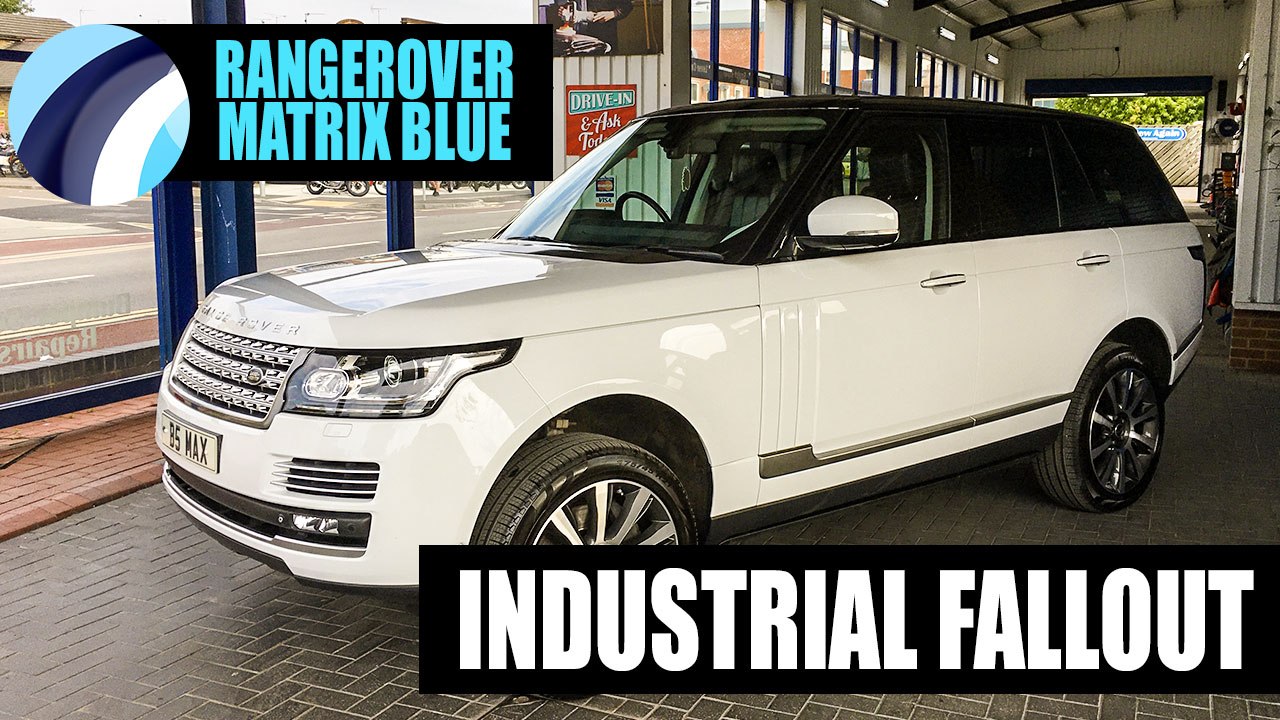 This Range Rover initially came to us because it was covered in spots of tar, but left with a Matrix Blue 3 year ceramic coating.

Tar can get on a vehicle from roofing work, but usually it splashes  from the road. It is a bit of a pain to remove, it won't come off with normal washing, but it's not too bad.

A more serious problem is the fallout from metal particles which are covering this vehicle. As Gary points out, this is often just from particles of metal coming off the brakes. These particles have a static electric charge which initially makes them cling to the car's bodywork. However, they are ferrous and as they get wet they will rust. As they rust they become acidic and that acid begins to eat through your paintwork till it gets to the metal underneath and can lead to rust blisters, a little like the one shown on the scuttle of this car.

As virtually all brakes give off metal particles, virtually all cars have some degree of fallout, which is why we remove it with a clay bar before we polish any car. But some cars have a lot of fallout, usually if they have been parked near railway lines because electric trains moving down the tracks create a lot of what's called 'rail dust'. T We have also seen severe cases of industrial fallout from cars parked near grinders, welding, extractor fans, furnaces, docks and shipyards. The soot that comes from ships is in its self corrosive, but also contains lots of metal. We often see cars with contamination from limescale, tar and paint, all of which need to be removed before we can put a coating on a car.

This Range Rover is white, so it shows up the contamination pretty well, but if you park in a station car park or on an industrial estate built along railway lines, it may be worth checking your car by giving it a wash and then dragging a soft cloth over the paintwork, any metal particles will snag.

A ceramic coating will help with this problem to some degree. Fallout will still be attracted to your car because it still has a static electric charge, but the ceramic its self is resistant to corrosive acids. This will help prevent the rusty bits of metal eating their way through your paint.

Speaking of acid. A quick and cheap way to clean cars is by using products which are either very acidic or very caustic. The dirt will just fall away, but unfortunately it can also etch chrome and aluminium and burn silicone and rubber. We saw this on the VW Beetle we did earlier in the week and just a few videos back, the metal trim and rubbers around the windows were marked. We suspect this is because they went to a car wash which uses wheel cleaner to remove bugs from the wing mirrors instead of using a bug remover and elbow grease.  It's not to say that these products don't have their uses if used properly, in fact we sometimes deal with severe cases of fallout by giving the car an acid bath. Next time you get your car washed, ask yourself what they are spraying around and scrubbing your car with. It's usually worth paying a little more to somebody who's a little slower. If you are in Chelmsford, the guys in the Meadows car park are really good and know what they are doing, otherwise your best bet is an automated car wash. Every other detailer will probably advise against them, but at least they are calibrated with chemicals which won't burn the rubbers off your windows... usually.

Anyhow, this car had some light detailing to the interior, the leather upholstery was cleaned and treated with a leather conditioner and the car coated with Matrix Blue Ceramic Coating after having been machine polished.

Will a clay-bar remove a ceramic coating?

A clay-bar will not remove a ceramic coating, but you could damage it in the process of using one.
A clay bar is rubbed over the surface of your car, it's sticky, so it picks up contaminants such as metal particles which adhere to your car via static electricity. Clay bars are really good for this, but unfortunately, these metal particles and bits of grit then stick to the clay bar... which you are now rubbing all over your car. As tough as ceramic coatings are, they are still going to suffer from it. We clay cars that we know we will then polish to remove any scratches, it's part of the process.
You shouldn't need to polish a car with a ceramic coating, and you shouldn't need to clay-bar it either. Ceramic coatings are ideal for people who want to do little to no maintenance on their car. If you love to detail your car, and just want a ceramic coating for the shine, then you should either learn to control your urges or find another way of getting that wet-look effect.

Here are some more of our latest #CeramicCoatings videos 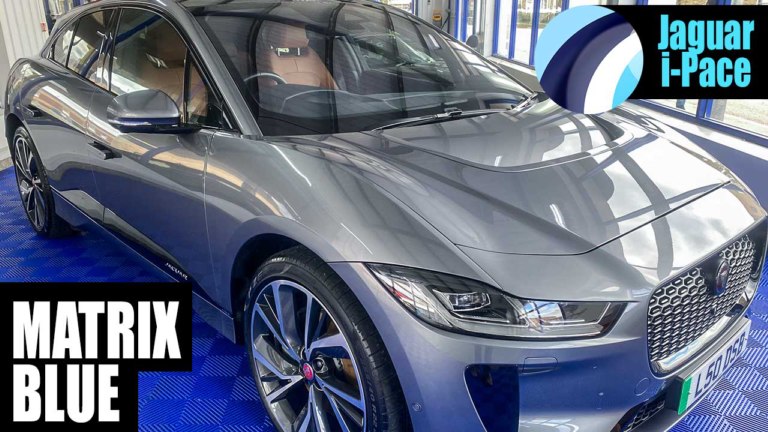 This is a customer who has had ceramic coatings done by us before and is back for another one on his new Jaguar. 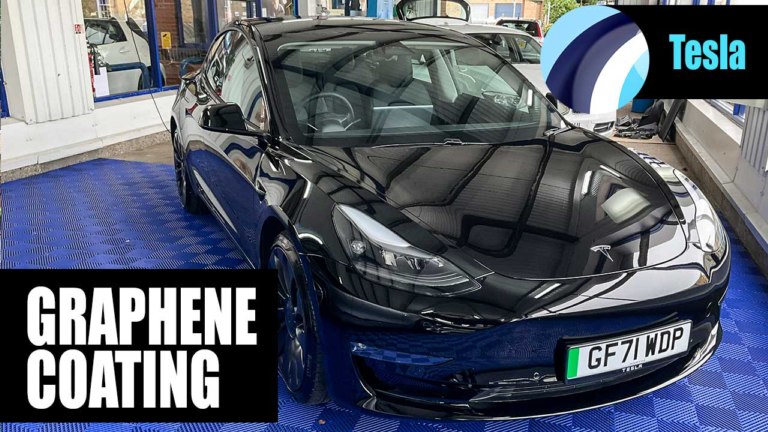 This customer was wise enough to choose to have a coating while the car is brand new, which will help it stay that way for the life of the car. 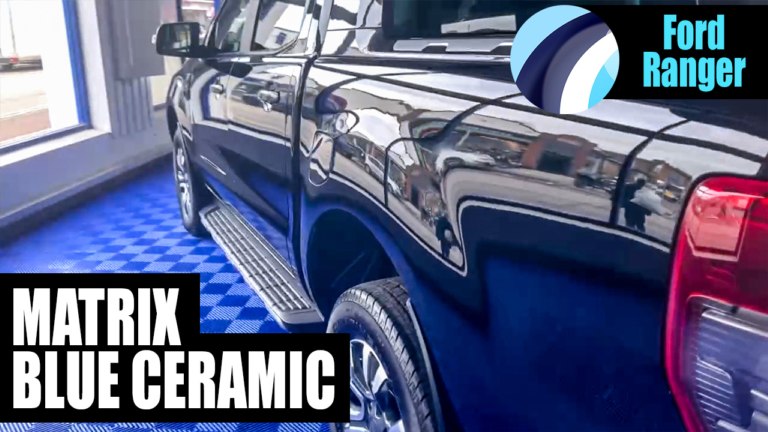 Over the next few weeks, you are likely to see us do a number of commercial vehicles with ceramic coating protective coatings. 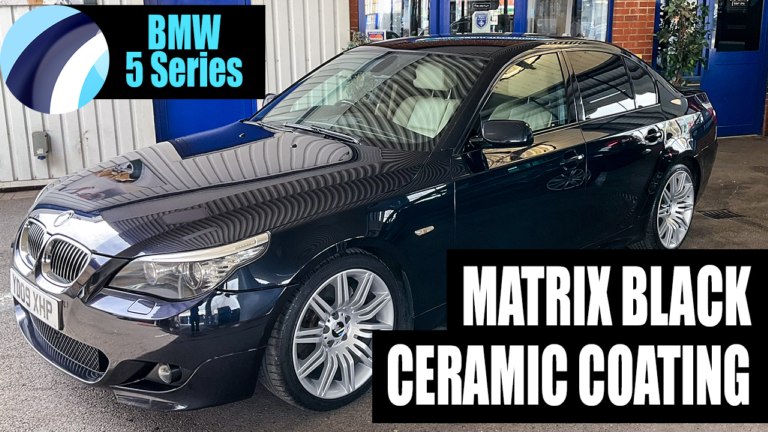 A quick before and after video of a Matrix Blue ceramic coating we did on a 5 Series BMW, so you can see the difference.